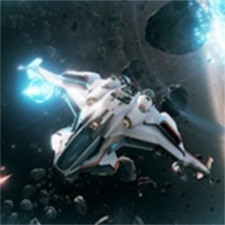 Facepunch's Rust was once again the best-selling game on Steam for the week ending January 23rd. This is the third time in a rowthat the former Early Access title has taken the No.1 spot thanks to a recent surge in popularity due to a number of big-name streamers playing the game on Twitch.

Second place goes to Everspace 2, which launched into Early Access on January 18th following a successful Kickstarter campaign at the end of 2019 which saw developer and publisher Rockfish raising €503,478 ($611,703) from 7,979 backers. The studio said during the crowdfunding push that the game wasn't going to be exclusive the Epic Games Store, saying that Steam was its most important platform.

Valve's Index VR headset drops one place to No.3, ahead of newcomer Dyson Sphere Program from Chinese developer Youthcat and publisher Gamera. That title rolled into Early Access on January 21st and supports both English and traditional Chinese, likely a factor in the game's success.

Cyberpunk 2077 from CD Projekt two places to No.5, while Rockstar's Red Dead Redemption 2 rose two positions to sixth. Co-op horror title Phasmophobia drops from No.6 to No.7 week-on-week, charting ahead of the Operation Broken Fang DLC for Valve's Counter-Strike: Global Offensive, which came in No.8 this week.

Ninth place goes to pre-orders for the upcoming rogue-lite platformer Skull: The Hero Slayer from developer SouthPaw Games. Axolot's Raft drops from No.7 to round out the Steam Top Ten this week.

Here is the Steam Top Ten for the week ending January 23rd: