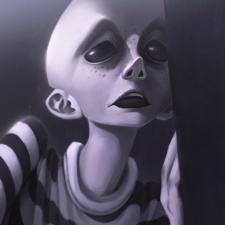 Unfold Games has offered to donate all its revenue from the Epic Games Store to charity if it's released on the marketplace - as long as it gets a non-exclusivity deal for Darq.

The promise was made via Twitter (below), as the indie developer responded to Epic Games CEO Tim Sweeney’s comment about the success Darq is seeing.

Tim, I’m glad to hear that. If you change your mind and accept DARQ to your store non-exclusively, I’ll donate 100% of my EGS revenue to a charity. If you accept, the charity can be picked by the gaming’s community at a later date. https://t.co/lSQ5lfdaeI

Many games have been signed exclusively to Epic's storefront including Oddworld: Soulstorm, Deep Silver and 4A's Metro Exodus and Obsidian's The Outer Worlds.

Borderlands 3 is also exclusive for the first six months of release, though as of April 2020 the title will be available on additional storefronts.

However, Unfold Games turned down the opportunity to make Darq an Epic Games Store exclusive. In a statement on Medium, Marhulets explained it would discredit his studio to accept an exclusivity deal, as the game was on Steam wishlists since 2018.

Some developers have received abuse follower the decision to be limited to the Fortnite maker's store, as was highlighted by Ooblets maker Glumberland, which received hate mail following its exclusive deal.