New Toronto event to deal with mental health in games 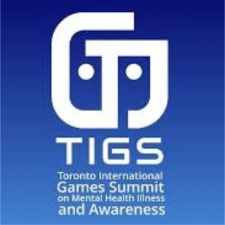 The first International Gaming Summit on Mental Health is being held from October 9th to October 10th in Toronto, Canada.

Speaking to VentureBeat, Mark Chandler revealed he created the summit following his own experiences with mental health.

“It was through that sharing in the industry that people started reaching back to me, or reaching out to me and telling their stories, and that was how this came about,” Chandler said.

A leading expert in psychosis professor Paul Fletcher has joined the advisory board for the summit. As has Eve Crevoshay, the executive director of nonprofit gaming mental health company Take This.

Others who have joined include the executive director of the Global Game Jam, Kate Edwards and Mike Wilson, a founding partner at Devolver Digital. Wilson has spoken previously about the mental well-being of people working at triple-A studios.

Several developers have previously complained about the working conditions within the industry, creating the #AsAGamesWorker hashtag.

“We had several developers hospitalized over a couple of years while making their games, or just after, from the stress,” said Wilson in a previous interview with VentureBeat.

“I would kind of be a jerk if I didn’t say something about that. Again, most of the people that benefit from that, I don’t feel like we ever hear from them. It’s just this ripple out there that’s happening. Somebody saw something they needed to see that day. With all the garbage coming at us every day, all the reasons to be depressed, I think it’s important to talk about it.”

Chandler said the event would start small, with the aim of developing a big gathering over time. The first event will focus on mental health within games, the workforce and online interactions.

The summit has been supported through anonymous donations in seed funding.