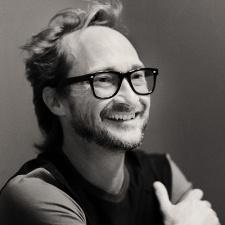 Industry veteran Mike Wilson of Devolver Digital and Good Shepherd says that game makers at bigger companies need some kind of collective bargaining, even if that isn't a union.

Speaking to PCGamesInsider.biz at the London Games Festival Games Finance Market, Wilson said that a traditional union wouldn't suit the games market, due to it being a global industry, but that something needs to be done to ease the working conditions of developers - both on the triple-A and indie sides of things.

Wilson points to practices like crunch, which are "breaking people", at triple-A studios. He also says that indie developers need support, with many smaller teams feeling and unhealthy pressure.

This follows GDC 2018, where developers forming a union was one of the biggest points of discussion at the show.

"I don't think a traditional union is going to work because it is a global industry. Even in the US, the union would have to be different in each state. Then you have teams where the staff is distributed across five different countries, so that won't work," he said.

"But, especially for the big studios, some sort of collective bargaining has to happen because these peoples' lives are being chewed up and spat out in the big studios through crunch and that culture. It's not always from the bosses, it's the peer pressure of everyone around you working 11 hour days. It's breaking people, it's ruining families, people are getting sick.

"Then on the indie side, where it's two or three-people teams, they're breaking themselves just from the immense pressure of everything being down to a few people. It really is personal. If it sucks, you suck. When people lash out at these artists online, a lot of people have no idea that it was one or two people who made a game for not nearly enough money and way too long. They just imagine that it's some company somewhere with their name on the side of a building."