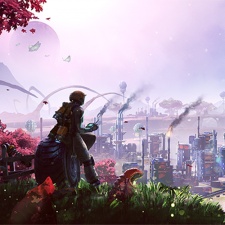 Speaking to PCGamesN, UI and UX designer Nathalie Verwei said that partnering with the Fortnite firm to appear on its marketplace gave the developer security. She added that there was a backlash to the decision, but this was a "loud minority."

“As an indie studio it’s nice to have that security that you know that your game is going to get out there and you don’t need to worry about making certain financial deadlines,” she said.

“You can just focus on making a good game. Of course, we had some backlash but I think it’s a loud minority.”

Since launching in December of last year, Epic has been snapping up games to appear exclusively on its storefront. One of the first, and most high profile, of these was Metro Exodus from publisher Deep Silver and developer 4A Studios, which was available to pre-order on Steam at the time the deal was announced, something that served to annoy consumers.

It's not just triple-A giants that are being fished up by the Fortnite firm - it has also been paying for exclusivity for indie games. Epic paid for Ooblets to be exclusive on the store, shelling out a minimum guarantee of sales, with developer Glumberland receiving hate mail and abuse as a result.

Epic told PCGamesInsider.biz that its strategy of snapping up games exclusively was working earlier this year at GDC, with the Fortnite form later condemning the abuse studios were receiving over going with Epic's store in the wake of Glumberland's treatment.

As PCGamesInsider.biz has said in the past, there are plenty of legitimate reasons to not like the Epic Games Store but there is no denying it is providing developers with a degree of financial stability they are likely otherwise lacking in this competitive landscape.

Back to Coffee Stain for a second - the Goat Simulator and Satisfactory maker was purchased by European games giant THQ Nordic in November 2018 for a cool $44.4m, with another $14.26m on the table if the company hits certain financial milestones.