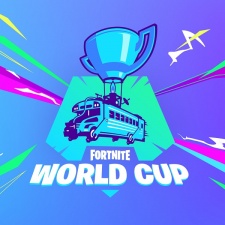 The Fortnite World Cup is offering a record-breaking prize pool for the most successful solo player.

At $3 million, it’s not an all-time high for esports - that title goes to last year’s The International Dota 2 tournament at nearly $25 million. That prize pool is funding largely through crowd contributions - Valve’s initial offering sat at a “meagre” $1.6 million, with the remaining gained through sales of in-game items.

But in the Fortnite World Cup, solo players won’t be sharing the top $3 million prize with teammates. Epic doesn’t fully break down prizes, but the World Cup features a total prize pool of $30 million.

Open qualifiers are set to run through April 8 to June 16, with $1 million in prize money on offer each week. The top 200 players (100 solo, top 50 duo teams) will attend the finals through July 26th-28th and are each guaranteed to take home at least $50k.

According to ranking site Esports Earning, the top solo player would immediately find themselves the tenth highest-earning esports player of all time.

Fortnite might seem all-encompassing for Epic Games right now, but esports prizes aren’t the only ground Tim Sweeney is interested in breaking right now. The Epic boss is interested in working with Microsoft on its new, open Hololens 2 platform.