Catering for disabled people in games is potentially good for business, according to Nopia's Prehn 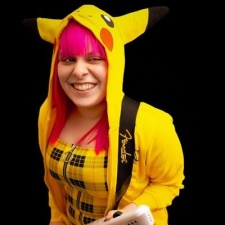 Making sure that disabled people can play your game is simply good business.

That's according to Nopia's Felicia Prehn, who gave a talk about the importance of accessibility at Develop:Brighton, saying that - as of ten years ago - one in five people suffer from kind of disability. As a result, the developer says that ensuring 20 per cent of the population can play your game is huge in terms of addressable audience.

"According to stats from ten years ago, one in five players has some kind of disability, be it mental, physical or something else," she said.

"So 20 per cent of the market has something that could be classified as a disability and this might interfere with their ability to play a game or enjoy a product. So when you look at it from that perspective, if you make a game that leaves out 20 per cent of the population, that seems silly, right? There's still an idea that disabled people don't play games or there's not many of us and - perhaps I'm wrong in my thought process - but I don't feel that 20 per cent is a small number by any stretch. Especially for small studios, 20 per cent more players is a wonderful and important thing and could sometimes make the difference between funding and no funding."

Last year, Microsoft's Mixer program manager and gaming and disability community lead Tara Voelker echoed the same sentiment speaking to PCGamesInsider.biz, saying that making sure that more people can play your game is just a good idea from a business perspective.

Stay tuned for all of PCGamesInsider.biz's coverage of Develop:Brighton 2019

Over 4,000 developers have applied to be part of Google's Stadia Partners programme