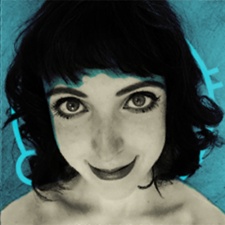 The developer behind Cultist Simulator Weather Factory has said that - strictly financially speaking - it shouldn't have signed a publishing deal with Humble.

Speaking at Develop:Brighton, the studio's co-founder and COO Lottie Bevan said that Weather Factory signed the deal not knowing how its debut project was going to fare, as well as having some form of security being more important than piles of money. Bevan says that for Weather Factory's debut project, one of the aims was being pervasive and getting the studio's name out there.

Bevan says the deal would have been more favourable to Weather Factory had Cultist Simulator had sold less than 17,000 copies. By the end of its first month, the title had shifted in excess of 50,000 units, going on to sell at least 300,000 copies and bring in $2m in gross revenue.

As a result, Bevan says she is keen to self-publish Weather Factory's next game, Book of Hours, the Kickstarter campaign for which starts on August 29th, 2019.

"Partnering with Humble was more about safety and peace of mind over potential for lots of money made later down the line," Bevan said.

"We worked out we'd be financially stupid to take the deal if we took more than 17,000 units of Cultist Simulator and it was a really beneficial deal to use if we sold less than. It was really a decision of not knowing how this game is going to do; let's just make sure that we are safe. That was more important to us than potentially making money.

"Financially speaking, we probably shouldn't have signed the deal with Humble. However, I'm still very happy that we did. Cultist Simulator reached No.1 on Steam and it was one of the top sellers across Humble, GOG and Itch.io. By month one we'd sold 50,000 copies. By the end of six months, we'd grossed over $1m and by the end of 12 months we'd grossed over $2m and had somewhere in the region of 300,000 to 500,000 players."

She continued: "I am keen to self-publish that one because we obviously gave away a large chunk of money in the name of pervasion for Cultist Simulator so I think that's where we'll start hopefully seeing significant revenue coming in."