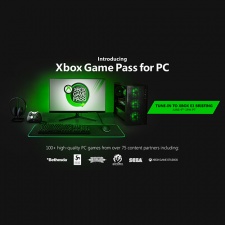 At Xbox's E3 2019 press conference, the Big M discussed this new version of Game Pass, which launched into open beta at the show. This followed an announcement at the end of May.

By August, the firm wants to have over 100 titles in the scheme from 75 companies. Right now, Sports Interactive's Football Manager 2019, Imperator: Rome and Metro Exodus are part of the programme.

Furthermore, Microsoft revealed the new Xbox Game Pass Ultimate, which allows users to access the subscription service on both console and PC, as well as use Xbox Live Gold, for one fee.

"PC gamers around the world can now join the Xbox Game Pass for PC beta through the new Xbox app, which is available today on Windows 10," Xbox Wire editor in chief Will Tuttle wrote.

"Xbox Game Pass for PC is designed specifically for PC gamers with a curated library of over 100 high-quality PC games from over 75 developers and publishers including fan-favourite PC titles like Football Manager 2019, Imperator: Rome, and Metro Exodus."

While there's much talk about Xbox's new Project Scarlett, Game Pass really is the future of Microsoft's games business; an all-you-can-eat subscription service featuring games from both Xbox Game Studios, [email protected] indie developers and third-party titles, all for a monthly fee. That will become even more interesting when Microsoft's xCloud streaming service rolls out, too.