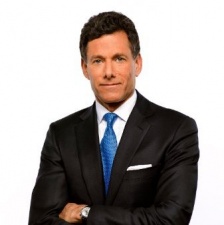 The CEO of Grand Theft Auto giant Take-Two Strauss Zelnick has said he believes store revenue shares are going to come down and fast.

Speaking at Baird's 2019 Global Consumer, Technology, & Services Conference - as reported by GamesIndustry.biz - the exec said that more platforms and storefronts will mean more competitive rates for the people developing and publishing games.

In the PC sector, a 70/30 revenue share was the norm, with platforms like Steam and GOG.com sticking to this rate. The Epic Games Store, which was announced at the end of 2018, broke that status quo with its 88/12 deal, one that has made the industry question what Valve's platform is offering.

Discord's new store initially came with a 70/30 rate, but the chat app decided to one-up Epic by going to 90/10 with its revenue share. The platform quietly closed its store at GDC this year, instead choosing to let developers and publishers sell directly to their customers rather individual servers rather than a united storefront.

"In the event that there is broader distribution, one would believe that the per cent a platform can take would have to go down," Zelnick said.

"The platform take rates were driven by the fact that there were two platforms effectively that had the same business model and didn't change it. That's relatively easy to do in an oligopoly and exceedingly hard to do in a broad economy. While a distribution platform offers value, if there's five of them and they're all equally good, and you can decide whether to make your products available on the platform, and the platform's not viable without your product, then I think that gives you some leverage on the take rate.

"I wouldn't underwrite to it, but my opinion is that you're going to see take rates decline materially and obviously that [directly impacts] operating profit. I believe that will happen very quickly.

"Just by way of putting it in context, say you're launching a service that offers video games, and you can't come to terms with Take-Two. So that means you're going to offer a robust service that does not include Grand Theft Auto, the biggest title in the business, Red Dead Redemption, one of the biggest titles in the business, [NBA 2K], the biggest sports title in the US, WWE, Civilization, Borderlands, BioShock, and the list goes on. Good luck to you."