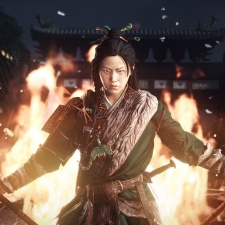 Creative Assembly has grown its dominion at the top of this week’s Steam charts.

Total War: Three Kingdoms now holds two entries at the top of this week’s chart, after debuting at No.1 last week. Steam’s feed doesn’t identify any distinction between the two entries, but it does help reinforce Three Kingdoms’ success as the fastest-growing Total War to date.

Mordhau is pushed down one spot to No.3, but shows no sign of slowing down. Triternion’s slasher has held onto the top 3 every week since launching mid-May.

Void Bastards, a roguelike immersive sim from former Bioshock developers, brings a particularly British take on sci-fi banter to No.5 this week.

Devil May Cry 5 returns to the Steam Top Ten just behind Void Bastards, with a third of the price slashed from Capcom's character-action game.

Another sale brings Batallion 1944 into the charts this week, taking No.8 with a 20 per cent discount.

Our chart this week closes with a Ubisoft double-feature, as Watch_Dogs 2 makes a comeback ahead of stablemate Rainbow Six Siege. 2016's open world hacker is currently a hefty 85 per cent off.