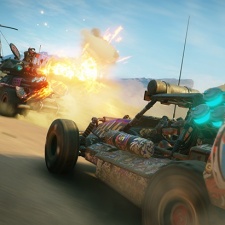 Rage 2 isn’t out of the running, though. Avalanche’s nine-years-later sequel took No.3 after launching this week (Or maybe it took eighth - Steam’s Weekly Top Sellers feed continues to struggle with multiple editions of games). The Deluxe edition of Rage 2 took seventh place.

Launching later this week, pre-orders for Total War: Three Kingdoms brought Chinese politicking and warfare to the Steam Top Ten at No.2 this week.

A Plague Tale: Innocence takes a different turn on the medieval mud-and-blood trend this week, with its stealthy rat-infested France taking No.6 in today’s chart.

At 50 per cent off, No Man’s Sky returns to the Top Ten. The sale comes ahead of a major update later this summer that brings VR support to the saturated spacefarer.

Risk of Rain 2 closes the charts this week at No.10, five spots down on last week.

Below is the Steam Top Ten for the week ending May 18th.