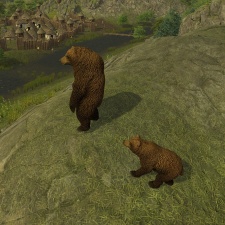 Dawn of Man settles for a strong foundation at the top of this week’s Steam Top Ten.

The prehistoric settlement strategy hit Steam at the start of March, launching alongside a 15 per cent discount. Dawn of Man isn’t the only historically-focussed society builder in the Top Ten this week, either, as Civilization VI: Gathering Storm continues to hit the charts at No. 4.

Indeed, civilisation-spanning strategy is the name of the game this week, as Hearts of Iron IV gets in on the action. Its latest expansion, Man the Guns, fired on all cylinders last week to take No.6.

Team Ninja’s latest fighting game entry Dead or Alive 6 strikes at No. 8 with its Digital Deluxe edition. Another beat ‘em up kicks hard at No. 9, as pre-orders for Devil May Cry 5 bring it into the Weekly Top Ten.

Wrapping up the Steam Top Ten is 隐形守护者 The Invisible Guardian at No. 10, with DLC breaking through at No. 6. While it’s not the first Chinese-language game to break the weekly top sellers, it may mark another milestone.

The Invisible Guardian isn’t currently available on Steam in regions outside of China - by breaking into the Steam Top Ten, it may prove the growing strength of Valve’s platform in the region.

Below is the Steam Top Ten for the week ending March 2nd.