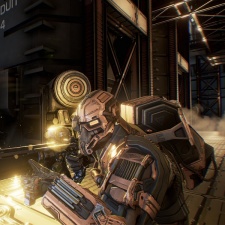 Fans and press were given time with Project Nova at EVE Fanfest but received fairly middling reception. PC Gamer called it “boring and unambitious”, which likely hasn’t set too well with developers.

Nova was due to enter an invite-only alpha test by the end of this year, with CCP saying that it is returning to the drawing board with the project.

“Over the course of Project Nova’s development, we conducted a number of player research sessions with external partners, tirelessly playtested the game internally and brought community stalwarts in to help us evaluate the project,” said CCP, in an announcement.

“Now, after taking all this research and feedback into account, we see that the gameplay experience in its current form does not live up to our original vision and would not achieve our ambitious goals for this project. As a result, we will not be moving forward with the upcoming invite-only alpha until further notice.

"We are aware that many of you have been eagerly anticipating the moment when you can get your hands on Project Nova. Please accept our heartfelt apologies for the disappointment this will no doubt cause. We hope you understand that we need to take a step back and return to the drawing board, where we will spend more time figuring out how all this hard work can translate into something better and more meaningful for the EVE Universe. Remaining true to our vision of Project Nova’s future in connection with EVE is essential. That is the only way we will be able to continue creating memorable experiences that ensure you - our ineffable players – are satisfied and make us proud as developers."

CCPs quest to create an FPS worthy of its MMORPG pedigree continues to underachieve, then. The studio had previously attempted to tie in a shooter to the spacefaring online epic with PS3 exclusive Dust 514 - a game that ultimately failed to shatter expectations.

Eve might be an Icelandic company, but the firm has a notable presence in London with VP of product development James Dobrowski recently contributing to a look at the local games scene right here on PCGamesInsider.biz.