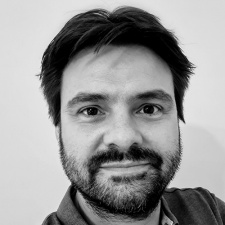 He will apparently be leading development on the company's currently-unannounced first-person shooter project, previously known as Project Nova. Prior to landing the studio director role at CCP London, Blunt was VP of development at Splash Damage, having joined the firm back in 2018 as VP of operations.

Before that he held roles at the likes of EA – working on FIFA Online – Ubisoft Singapore, Square Enix and online services provider Fireteam.

CCP has said that Project Nova is no longer going by that name and that it won't be announcing codenames in future. Before, this game was being created by CCP's Reykjavík studio, but is now being solely handled by the company's London outpost. CCP previously announced that Project Nova was no more with CCP London working on a new shooter based in the world of Eve Online. In December 2020, the firm announced that it was enlisting the support of Keywords' Sperasoft studio to work on this project.

"We have a history of breaking down barriers with our ambition. I think that's very much true in this game. It is a hugely ambitious game, it will be genre-defining. And it has all the hallmarks of a CCP game," Blunt said.

“I’ve been making games for the last 20 years. And throughout my career, CCP has pretty much been a constant fixture. I’ve admired it from the start, both in terms of how the game has grown, the way that it interacts with its community. I’ve always been fascinated by it."

He continued: “It’s quite a balanced team. We’re making a shooter at the end of the day. And we’ve got worlds to build, we’ve got the core shooting gameplay that we have to build. So the team right now is quite balanced, and we’re looking to expand it in the same way. But that being said, there’s a lot of expertise from a back end perspective that, obviously."