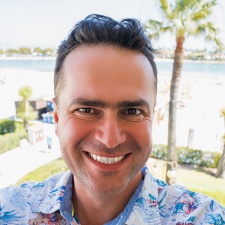 Epic Games' newly-announced storefront will be open about sales data up to a point.

That's according to SteamSpy founder and Epic employee Sergey Galyonkin, who has been working on Epic's marketplace for "the past several years" and told Kotaku that it will be providing information to developers - as much as it legally can.

“We’re aiming to provide developers with as much information to make good decisions as legally possible,” he said.

“Contractually we can’t share other companies’ sales data—Steam Spy shows estimates—but we can share other useful stats, especially in an aggregated format. We use a lot of data ourselves and want the developers to have the same tools. And the partners obviously can share their sales information.”

Galyonkin says that Epic's new storefront is very much designed with Steam's shortcomings in mind.

“There was a problem with too many things competing for users’ attention on a game page and no way of ever reaching users unless a developer had its own account system set up,” said Galyonkin.

“That’s why we’re trying to minimize the store presence on game pages and we’re adding a global Twitter-like newsfeed, so developers can update their players about recent changes to their games and their future titles. And they can have emails of their players if the players agree to it.”

SteamSpy is still functional, albeit being powered by machine learning these days as opposed to the old data collection method which relied on user profiles being public.

Epic announced its storefront earlier this week with further details likely to come at The Game Awards tonight.

Steam has said that has revised its terms of service to let developers and publishers share sales data more freely. Sadly, this was part of a blog post in which the company announced that it was also making changes to the way it shares revenue - very much in favour of larger projects.

This, combined with indie developers seeing reduced traffic on the platform, has us asking whether Valve cares about indie studios anymore.