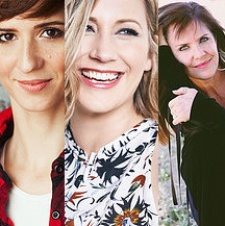 Jennifer Hale, Sarah Elmaleh, and Cissy Jones - all big names in the field - have set up the Specialized Workshops And Actor Tactics program (SWAAT - get it?) through post-production service The Halp Network.

“Actors and writers both know that dialogue can sometimes sound very different read aloud versus on the page,” said SWAAT, in an FAQ on the program’s site.

“Phrases that seemed perfectly natural can suddenly sound stilted when delivered by a real, live human being. Strange scene rhythms, unmotivated turns, or forced characterization can come into clear view.

“SWAAT offers as vivid and reliable a sense of your script’s strength and readability as possible by filtering it through some of the best talent in the entire industry.”

The service offers two free two-hour sessions, with a Virtual Table service for developers outside it’s LA base. SWAAT sessions are only available via referral at present, as the service is still finding its feet and preparing to scale.

Projects do not need to be SAG-AFTRA union approved, nor are developers obliged to hire the actors after the session.

While naturally a fantastic service for writers, it also feels like something of a polite jab at the quality of dialogue in the medium.

Voice actors not being given much to go on when it came to video game scripts was, in fact, one of the issues raised as part of the SAGAFTRA strike that took place last year. Some performers - such as Keythe Farley - were not given the full picture about the performance they were meant to be given. Farley didn't know that he was providing his voice talent to Bethesda's 2015 hit Fallout 4.

Video game voice actor strike has come to an end