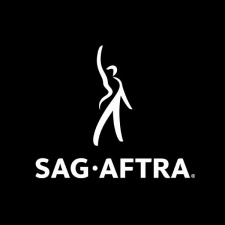 Spearheaded by performers like Sarah Elmaleh, Crispin Freeman, Jennifer Hale, and Courtenay Taylor, the deal has been in production for two years and offers talent the option to work on projects with budgets below $1.5 million.

The deal offers a standardised framework for lower-budget studios to employ voice actors, mo-cap performers and singers. Developers can offer a union actor $825.50 for a four-hour voice session or an eight-hour motion-capture session.

There is also an alternative option of a two-hour session at $412.75 - a break from the union’s general four-hour minimum requirement to accommodate games of a smaller size and scope.

“This agreement shows a real respect for and desire to work with independent developers,” said a SAG-AFTRA spokesperson, speaking to Gamasutra. “Our members are continuing to find meaningful and creative projects to work on where they are partnering with devs on character development and nuanced performances, which isn’t always available working on AAA titles.”

“The devs are getting access to world-class talent, whose credits and name recognition can be helpful to lure fans to the game, which they otherwise might not have discovered.”