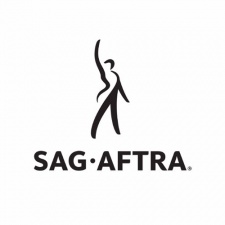 Entertainment union Screen Actors Guild‐American Federation of Television and Radio Artists (SAG-AFTRA) has said that it tried to negotiate a deal with Borderlands developer Gearbox but the studio walked away from talks.

In a statement to Kotaku, the union said it commends any member that "stands up for workplace fairness", going on to condemn Gearbox's decision to not work with unions. SAG-AFTRA rules prevent members from doing gigs with companies that don't have an agreement with the union in order to present a united front.

“We applaud any member who stands up for workplace fairness and the integrity of their creative work. It is a courageous decision to act in the best interests of one’s fellow SAG-AFTRA members and this honors all working people," SAG-AFTRA told Kotaku.

"The misguided decision by Gearbox to deny their performers the opportunity to have fair union wages, a safe workplace and the possibility of health care coverage for their families, is unfortunate.

"We attempted to sign Gearbox to a union agreement. They refused and disengaged from those talks.

"We look forward to hearing from any Gearbox performer who is interested in the many protections a union agreement offers actors.”

This follows voice actor Troy Baker telling VG247 that the reason he hadn't reprised the role of Rhys in Borderlands 3 was that Gearbox doesn't have an agreement with SAG-AFTRA.

Gearbox has sent a statement to Eurogamer, saying that as a Texas corporation, no-one can be denied employment because of union membership.

"Troy is an exceptional talent and we were disappointed that he declined to partner on Borderlands 3 after being offered the part," Gearbox said.

"We wish him the best and hope he knows the offer to collaborate with him still stands. Gearbox is a Texas company and is bound by Texas law - which means that a person cannot be denied employment because of membership or non-membership in a labour union or other labour organisation.

"As a talent-owned and talent-led organisation, Gearbox enthusiastically works to ensure our pay and working conditions meet or exceed union standards. We also believe strongly in hiring local voice actors whenever we can which is why we're thrilled Troy's career really took off after working with us."