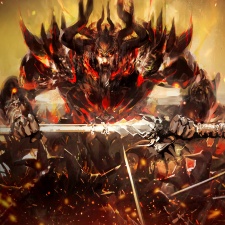 Updated (September 26th): ArenaNet has confirmed that gem purchases in Belgium have been put on hold to comply with regional laws.

"We are continuing to investigate more flexible solutions. We apologize for any inconvenience this may cause our players."

Instead of the more traditional subscription model for the genre, Guild Wars 2 monetises through a premium currency - gems. These can be used in an in-game store to purchase cosmetics and utilities, as well as keys for loot boxes.

It’s that last part Belgium takes issue with - the country recently ruled that loot boxes in games are a form of gambling and has outlawed the practice.

But rather than selectively limit what Belgian players can purchase, the decision has been made to remove the option to buy gems entirely from that country.

It appears many Belgian players are getting around the issue by using a VPN to connect to the game. Those connecting through the country’s servers, however, are simply met with an error message when attempting to purchase gems.

The games industry has largely complied, at least reluctantly, with Belgium's decision. Blizzard has culled loot box systems from Heroes of the Storm and Overwatch, while Valve has cut crate purchases but reinstated trading in Belgian copies of Counter-Strike: Global Offensive.

2K Games may have removed random loot from NBA 2K19 in the country, but courted controversy by urging local players to lobby government into legalising loot boxes.

EA however has forged ahead with loot boxes in FIFA 19. Belgium is now reportedly taking the publishing giant to court for breaking its gambling laws.