Total War: Rome 2 is getting review bombed over female leaders from an update that came out in March 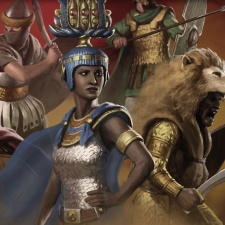 Total War: Rome 2 has been hit by an assault of negative reviews in the last few days.

But this isn’t over any new update. Instead, the offending content appears to be the inclusion of female generals, arriving with Desert Kingdoms back in March.

The update included leaders like Cleopatra and Teuta as leaders during campaigns and allowed women to be chosen in various positions of power depending on the chosen faction. Some could take civilian leadership positions, while other factions are now able to field women as Generals.

This went uncontested for months until a screenshot appeared to show a roster full of female generals. This sparked the current review-bombing campaign on Steam, bringing the game down to 'Overwhelmingly Negative' under recent reviews. Overall reviews for Rome 2, meanwhile, still sit at 'Mostly Positive'.

Rome 2’s community forum is also flooded with complaints accusing the game of pandering. At the centre of the crosshairs is community manager Ella McConnell, who responded to one Steam thread saying: “Total War games are historically authentic, not historically accurate – if having female units upsets you that much you can either mod them out or just not play.”

Game Maker’s Toolkit creator Mark Brown logged the events in a thread over on Twitter. Outrage over the inclusion of women and McConnell's quote quickly spread to Gamergate-aligned blogs, before ending up on outright alt-right websites like Daily Stormer.

This all got picked up by the usual subjects - like a GamerGate friendly blog called OneAngryGamer. Which then got referenced on, drum roll please!, the neo nazi site Daily Stormer. No links, these sites don’t need oxygen

But while that lot are up in arms over women infecting the purity of their historical fantasies, news of the death of masculinity in Rome 2 may be greatly exaggerated.

Responding to one such complaint thread on Steam, a Total War player revealed that most factions have only an 11 to 16 per cent chance of spawning female generals. Only the Kush has an equal chance for leaders to be male or female, at 50 per cent.

Which means the screenshot that kicked off the whole debacle is likely a complete stroke of luck.

What this does mean, however, is that any reasonable discussion of accuracy or authenticity of this feature has been drowned out by the reactionary mob taking umbrage with an update that dropped six months ago.

And the annoying this is that this is a perfectly reasonable thing to discuss. Maybe those numbers are a bit off? How accurate do we expect historical games to be? But the whole thing just becomes a huge fight against assholes who get told who to review bomb by, again, nazis.