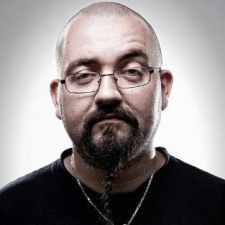 In 2017, Sega-owned developer Creative Assembly revealed a new strand to its Total War brand, the Saga series. These were intended as smaller-scale entries in its historical strategy title series, starting with last year's Thrones of Britannia. This launched to overall positive reviews, currently sitting at 75 on Metacritic and went on to win Best Strategy Game at 2018's IGDA Awards.

Now the Saga series is taking on the Trojan War, a period of time about which little is actually know, save for the poet Homer's epic The Iliad. Lead designer Todor Nikolov tells us more

So why did Creative Assembly want to tackle the Trojan War for its second Total War Saga title?

It's the importance of the story behind the whole Trojan War. We don't actually know if this war actually happened or if it's just a myth. What we know happened is there was the Bronze Age, that ended and civilisation surrounding the Aegean Sea collapsed. There's a couple of centuries about which little is known. Then civilisation returned thanks to the Greeks. They carried out of the darkness the memory of the Trojan War. Later on, they were affected by it. Alexander the Great likened himself to Achilles, he went to visit the grave of Achilles, he carried the Iliad with him on his quests the Eastern lands. The Romans believe they are descendants of Trojan refugees. It's a very important story. It has shaped the world as we see it now. It's also perfect for a Total War Saga title.

What lessons did the studio take away from 2018's Total War Saga: Thrones of Britannia?

It was a very valuable experience for us. Every bit of user feedback is immensely valuable. Minor settlements in Britannia were specialised so they would provide you with a specific type of income and you could see a development of that idea in Troy where they are producing different kinds of resources. It's the same idea but taken further down the road.

Where do the Saga titles sit in the overall Total War series?

It's a different lens to look at the story. It's hard to tell the story of Rome without making a campaign that covers a huge period of time and show the entire development of the empire and the republic before. Saga allows us to take a look a specific conflict that spans a certain period of time, several years possibly, is situated in a very specific location and we can go into as much detail as we want. It's not the same for larger titles where you need to show the bigger picture. In Troy, we're focusing on the Trojan War, the characters that are shown there in the Iliad. It's not in any sense a small project because we have introduced a great amount of content into it. For example, the campaign map is easily comparable to the larger maps in other titles. We have more than 200 different divisions, too.

How does the development time and budget of a Saga game compare to that of the more traditional Total War games?

I can only say that it is quite a bit smaller. That means that sometimes we need to make certain decisions to fit into that smaller scope and still produce a high-quality game that we are aiming for.

Those constraints sound similar to those that indie developers face, which often result in some interesting choices to be efficient. Can you give me an example of this kind of development in Total War Saga: Troy?

A good example might be the naval battles. We realised that we needed to have them because a large part of the campaign map is water and there's bound to be some action there. We started doing our research and it turns out that Bronze Age naval battles are nothing to write home about so in this particular case we decided to implement the naval battles from the Curse of the Vampire Coast DLC for Total War: Warhammer 2. It serves its purpose perfectly because you get to do a battle still. We have further improved on this idea by making naval battles affected by the faith characters have in Poseidon. Again, we're using this solution for this problem but still trying to improve on it.

What resources or influences did you turn to for covering the Trojan War?

First of all, we have the whole truth behind the myth idea which evolved naturally. We did historical research, we looked at archaeological finds and so on. We knew what units or cities might look like, where they were situated and tried to recreate them in the game to great success. We have the battle map for the city of Mycenae, where Agamemnon lived. It's based on real-world archaeological finds and the layout is as close as possible to be recreated. The problem with the purely historical side of things is that we have no information about the people that lived back then. There's no record of the kings of Mycenae. There's some stuff we can deduce but then we have all the literary sources and if we get to what we know from the Iliad, Troy slowly starts to emerge to the state it is now.

What's your dream, as the lead designer, for this title?

What I would like to see from the game is - obviously - for people to have fun with it and we all want it to be successful, too. But what I personally want is to see stories from people who have played the game and achieved things that I myself as a designer did not think was possible. I want to hear about the Agamemnon who raized Troy to the ground or murder Menelaus and steal his land.