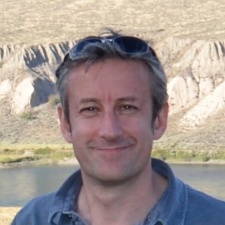 A Total War Saga: Troy will be exclusive to the Epic Games Store for its first year on PC.

Creative Assembly has signed a deal with the Fortnite maker giving it 12 months starting from its launch date of August 13th. It will launch on Steam and other storefronts in 2021.

The game will also be available entirely free of charge for its first 24 hours, with those who download it keeping the title.

“Thanks to Epic, we're able to offer a Total War title for free on its launch day. It's a hugely exciting thing for us to be able to do for our players,” Sega Europe's chief studio officer Tim Heaton (pictured) said.

“Not only does this mean that we can bring the tales and legends of Troy to a wide audience through Epic’s massive platform, but it also means new players will get to try Total War for the first time, experiencing the unique gameplay that the series is famous for.”

Troy is the second Total War Saga title that Creative Assembly has developed, following 2018's Thrones of Britannia. We caught up with lead designer Todor Nikolov to find out more about the project at Gamescom 2019.