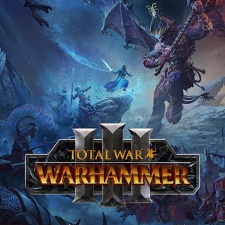 The third entry in the Total War: Warhammer subseries was the best-selling game on Steam last week.

The RTS title was launched on February 17th and is already one of the most popular entries in the Total War franchise. The game has attracted a peak of 166,519 concurrent players according to SteamCharts, putting it just second to 2019's Three Kingdoms.

Pre-orders for Elden Ring came in second place, ahead of its release on February 25th, while Dying Light 2 Stay Human took third place.

The Vanquisher Starter Pack for MMO Lost Ark from Smilegate and Amazon came in No.4, ahead of Cyberpunk 2077. That title has reentered the Top Ten following the launch of the 1.5 patch, which added a lot of additions and corrections to the embattled sci-fi RPG game.

Pre-orders for the upcoming Witch Queen DLC for Destiny came in sixth place, ahead of its February 22nd launch, while Valve's Index VR headset took seventh.

Brawler King of Fighters XV debuted in eighth, while No.10 goes to survival title Dread Hunger.

Here is the Steam Top Ten for the week ending February 19th: