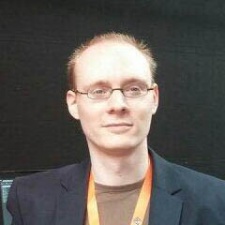 Ahead of his appearance at Pocket Gamer Connects Helsinki, Epic senior engine evangelist Sjoerd De Jong tells us about his talk and what he finds exciting in the PC space right now.

Tell us a bit about who you are and what you do.

I am responsible for European evangelism for the Unreal Engine, which means that I travel throughout the continent to represent and talk about our engine and support the studios using our technology. I started 19 years ago with Unreal Engine 1 as a level designer, and have been using the Unreal Engine ever since. I've worked on various games throughout my career, but also ran my own indie studio for a number of years. The most recent game I shipped was the Unreal Engine 4 game The Solus Project.

What is your talk going to be about?

Together with Helsinki based studio Cornfox & Bros who are working on the awesome Oceanhorn 2, Cornfox and I will be talking about the future of mobile games from the perspective of us at the Unreal Engine. We see high-end cross-platform mobile titles as the future. The shift to a true games-as-a-service model, where a game is multi-platform in the full sense of the word. And that is the direction we've been taking ourselves with Fortnite and the Unreal Engine. We enable developers to create quality games and successfully ship those on PC/Console as well as mobile platforms, with crossplay capabilities to allow players to play together in one large ecosystem.

What is the most exciting trend in the PC games space at the moment?

On the tech side of things, the push for real-time raytracing is really interesting, along with an increased push for massive scale multi-threading with some of the newest CPUs from AMD and Intel. After a couple of years with slower hardware developments, we are now seeing more rapid technological advances with a clear path forward shape up. For example, when at GDC last March we presented our Reflections demo, a real-time raytracing demo made in collaboration with ILMxLAB and Nvidia, it was still running on 4 SLI graphical cards. Just five months later in August we then demonstrated the Reflections demo again at SIGGRAPH, but this time around running on just one graphical card: Nvidia's newest Quadro RTX. It needs some more time to mature but once it does it is going to have a huge impact on games too.

What is your favourite PC game of 2018 to date?

It is not a game of 2018 per se, it is still in early access, but I continue to find Factorio an awesome and fascinating game. It is a 2D hardcore manufacturing simulator with a huge focus on scale and efficiency, and overwhelmingly complex. While it is a bit on the extreme side of things, it is to me proof of the passion and dedication of PC developers, and how the platform allows for games with a lot of depth and richness to succeed and find a market. It are those qualities that I really appreciate in the many PC games I see and play every year. Another example is the game Planet Alpha. That awesome game will be released soon and is made by a tiny team of just a few developers from Copenhagen. It has been a blast following the developers their drive for creating a unique and rich experience over the past few years.