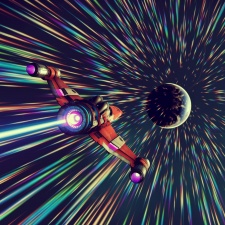 A huge overhaul to No Man’s Sky has rocketed the sci-fi exploration experience straight into the No.1 space in this week’s Steam Top Ten.

The two-year-old space adventure saw a huge increase in players following last week’s NEXT update, seeing 54,000 concurrent players within a day of the patch hitting (peaking at almost 97,000 over the weekend). NEXT brought long-awaited multiplayer functionality to the title, along with a host of changes that practically overhauled the experience.

Monster Hunter: World continues to build up excitement in the run-up to its release on August 9th, with pre-orders slipping only one spot to land at No.2 this week. The game has consistently topped the charts since pre-sale went live two weeks ago, and the game’s Deluxe edition upgrade follows suit at 8th place.

Islands of Nyne: Battle Royale is trailing at No.7, down from fourth last week. But in the battle royale space, it’s impressive enough when a newcomer can hold its own in the Steam charts week-on-week.

A huge anti-cheat update accompanies Rainbow Six: Siege’s return to the top ten, placing at No.9. Closing out the list, Jurassic World: Evolution settles for tenth, down from No.8 last week.

Below is the Steam Top Ten for the week ending July 28th.