Rare’s Mike Chapman: “We see the battle royale thing, but I think there will be opportunities to do that kind of thing differently” 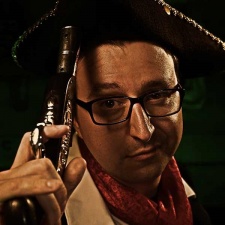 Rare is considering implementing battle royale in Sea of Thieves.

The unique team-play and wild oceans of Sea of Thieves could potentially provide a wholly incomparable battle royale experience. But while Rare is clearly aware of the phenomenon, they’re cautious about simply slapping a 100-player deathmatch onto their co-op driven game.

“We see the battle royale thing, but I think there will be opportunities to do that kind of thing differently,” said Chapman. ”It’s interesting where you can take PvP in the game, but we’d want to put a unique Sea of Thieves spin on it and do something completely surprising.”

Duncan added: “It’s not about taking something that works super well in another game, and going, “Hey, let’s start everyone in a Sea of Thieves map from different points and have you all come together.”

Sea of Thieves has done well for both Rare and Microsoft, with the developer claiming the title hit three-month sales targets within a day. The nature of game pass makes what that claim means in practice a little harder to determine, however.