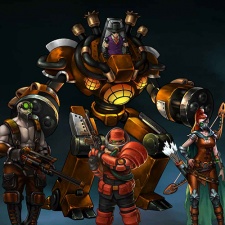 Steampunk strategy title They Are Billions rises two places in the Steam Top Ten this week, despite the game's price rising last week.

The game was being sold for $22 as part of the Steam sale, with the RRP increasing to $24.99. There's been a lot of positive buzz around the game and that the title has sold in the region of 350,000 units according to Steam Spy.

Curve Digital's secret hit Human: Fall Flat returns to the Top Ten following a price gouge in the Steam sale. The title was cut by almost 50 per cent, and is closing in on 1.5m sales.

Below is the Steam Top Ten for the week ending January 7th: