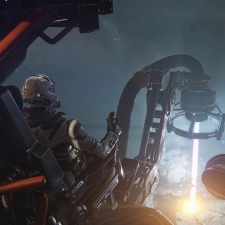 Star Citizen developer Cloud Imperium Games has responded to criticism that its $27,000 spaceship pack is excessive.

As reported earlier this week, Star Citizen now offers a “Legatus” pack that includes every ship currently in the unfinished space adventure. The catch? The bundle is selling for an astonishingly steep $27,000, and is only available to those who have already dropped $1000 into the game. Needless to say, the bundle attracted some criticism.

Cloud Imperium released a statement to Polygon explaining the decision behind the bundle. The pack was put together in response to growing requests from a more dedicated core of the Star Citizen community. A comparison was made between putting big money into lifestyle choices like golf or sailing.

It’s probably worth mentioning that a good chunk of content in Legatus is currently unusable in Star Citizen as it exists right now.

“It wasn’t created in a vacuum,” said Eric Kieron Davis, CIG’s Los Angeles studio head. “We were responding to what the community asked for. We have some passionate supporters that are not looking at Star Citizen as your typical game purchase/transaction but rather a dream project they want to see happen.”

Star Citizen comprises of two games; an MMO-style persistent universe currently in alpha form, and the oft-delayed Squadron 42 single player campaign. Since starting development in 2011 and crowdfunding in 2012, the project has become the most-funded game in crowdfunding history. Five years after its own campaign ended, Star Citizen raised $34.91million in 2017, double the amount raised by video game Kickstarter campaigns.

The title was set to launch in 2014, but has long-since slipped further from that target. The last news of a launch date was for Squadron 42 back in 2016, and concerns have only grown about the game’s legitimacy since. High-profile refunds have plagued the project since, as well as an ongoing lawsuit by Crytek over Star Citizen’s use of CryEngine.