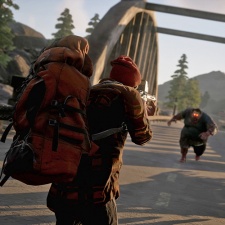 Speaking to VG247, design director Richard Foge compared the genre to a field of wheat; big players have gone through and had success and now there's nothing left for other studios to do.

State of Decay 2 is a survival game, the genre where the original battle royale mods originated, but the studio is fine sticking to what it knows.

“I’ve been talking to a lot of journalists, and I’m asked often… ‘So, are you doing a battle royale game? Cos literally everyone else is,” Foge laughs.

“These giant combines have been rolling through this space – there’s nothing left for us to harvest. I would much rather us focus on what we’re doing, trying to find something unique in the space to excite and inspire them. Some new thing as opposed to trying to follow what other folks are doing, trying to see what scraps I can get from that.”