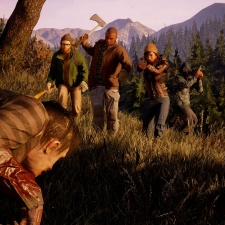 State of Decay 2 reached over 1 million unique players within two days of its May 22nd release.

In a blog post, Microsoft reports that players survived the apocalypse for over six million hours altogether. 41,000 unique broadcasts across YouTube, Twitch and Mixer racked up over 3.5 million hours of gameplay footage in these two days. These numbers are counted across Xbox and PC users.

State of Decay 2 launched through the Xbox Game Pass, and as such it’s likely a large chunk of these players didn’t pay full price for the title on release.

The blog post also addresses a common review criticism of poor performance in State of Decay 2.

“Putting this giant open-world zombie survival sim in the hands of fans has exposed some bugs and issues – we’ve addressed and will continue to address them as we hear more from players. The team at Microsoft Studios and Undead Labs continue to work on updating the game to address these issues as our number one priority.“

State of Decay 2 is the sequel to a popular 2013 XBLA title, building on its particular brand of zombie survival. Developer Undead Labs spoke of its hesitance in moving towards battle royale earlier this month, with design director Richard Foge stating: “I would much rather us focus on what we’re doing, trying to find something unique in the space to excite and inspire them.”