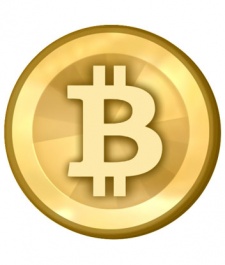 That's according to data from Jon Peddie Research, which reckon that $776m was spent in this endeavour.

The outfit says that AMD benefitted the most from this - famously the company whose cards are best-suited to the calculations required by cryptocurrency mining - saying that its market share shot up 8.1 per cent. Rivals Nvidia and Intel saw their slice of the pie declining by six and two per cent respectively.

“Gaming has been and will continue to be the primary driver for GPU sales, augmented by the demand from cryptocurrency miners.,” said JPR president Dr. Jon Peddie.

"We expect demand to slacken from the miners as margins drop in response increasingly utilities costs and supply and demand forces that drive up AIB prices. Gamers can offset those costs by mining when not gaming, but prices will not drop in the near future.”

Cryptocurrency is one of the hottest topics in games right now. Those looking to mine the digital goods have caused demand for and prices of graphics processing unit to go through the roof.

Nvidia has admitted that this is what has been driving its GPU sales. Meanwhile, game maker Crytek is involved in the launching of a cryptocurrency for gamers called CryCash - we caught up with the company behind that to find out more.

Even Skara: The Blade Remains plans to launch a cryptocurrency. Oh, and Atari. How could we forget.

And hey, if you're interested in cryptocurrency and blockchain tech then you might want to keep an eye on the Steel Media Business Network in the coming months...