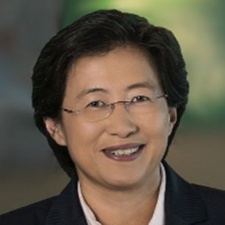 The CEO of hardware maker AMD, Dr Lisa Su, has said that the chip shortage will start to lift later next year.

Speaking at Code Conference 2021 – as reported by The Verge – the exec said that supplies will be "tight" until the middle of 2022, but overall she believes the situation will "get better" by the end of the year.

She also discussed the impact of cryptocurrency on graphics cards, saying that this is "not a large part of our business." Unlike GPU rival Nvidia, AMD has not taken steps to limit the crypto mining capabilities of its cards. But Su still insists that the company is focused on video games as its primary market.

“We are trying really hard to get more products to gamers; I get so many ‘Dear Lisa, can you help me get a gaming card?’” she said.

“At the end of the day we’re building for sort of consumer applications, and that’s where the focus is.”

Graphics rival Nvidia warned in April of this year that there would be GPU supply shortages for much of 2021.