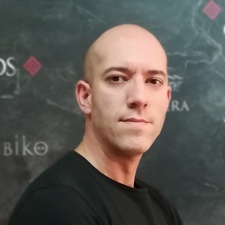 Being a free-to-play multiplayer game in Early Access, Skara: The Blade Remains is a title with its fair share of buzzwords. Now, roughly a year after its launch into Steam's alpha programme, the developer - also called Skara - is adding some more as the company rolls out its own cryptocurrency for the game as it looks to get involved in esports.

Since it launched, how would you assess Skara's performance?

Over 350,000 downloads for an alpha version from a self-financed indie studio is not bad. We are very happy with the result and the response of the community has been just fantastic.

Why launch a cryptocurrency/token sale?

The blockchain as a tool can be extremely useful to increase security for players’ accounts, decentralizing the in-game economy, increasing transparency, and so on. The cryptocurrency is the core of this system that will allow players to be compensated with real value for their skills in video games. One of our objectives is to allow competitive players to make a living playing Skara and other eSports games, by either trading and selling items on the blockchain or by earning crypto in competitive and ranked matches.

Given that this seems to be a virtual currency purely for Skara, why not have it as a regular in-game currency? Why does it need to be a cryptocurrency?

The currency will be used in other games, too since we are in conversations with other studios which will be happy to use it, but we all want to see how we do and how the market develops. We see the blockchain a bit like free-to-play games a few years ago, when only indie studios would dare to make a game and give it away for free. Nowadays, most big publishers have free-to-play games in their portfolio because players find value trying a game before spending money. Blockchain will take some adoption time too.

And it is not just about the currency. We are firm believers that blockchain and gaming are made for each other. Especially in multiplayer, free-to-play games in which back-end and player inventory are so valuable. Players need absolute control over their accounts, their assets bought with their hard-earned money, or even the assets obtained by just playing — it requires a lot of time to get them. Having a crypto linked to your inventory on the blockchain is the best way to achieve that and why not, to get real live value out of it.

Cryptocurrency doesn’t have a great reputation at the moment, in part due to a lot of scammers and the value tanking in the last few weeks. Is this a concern for you?

Sure it is. This happens when a new system attracts the attention of the whole world and a lot of money concentrates in the same place and ecosystem. There are scammers everywhere, but we are offering a cryptocurrency that has real value and purpose, with a demand coming from an existing userbase of an existing game with a solid and well-established community. And markets will go up and down but the technology behind the blockchain is here to stay, we just want to be the pioneers.

Mostly good, although we could be happier with the response of certain players who didn’t understand what Early Access means. They expected a finished, ultra-polished game from day 1. But then, what is the point of being an Early Access title? From the very beginning, we wanted to open the game development to the players and those who understood this are fans of Skara for life - actually, some of them became part of the official Lore of the game. Just read some of our Steam reviews and how they are becoming an important part of the game development.

What’s your experience been like developing a free-to-play game? I’ve heard anecdotal evidence that with such a business model there’s a pressure to make a game that generates money rather than a game that’s ‘fun’ in its own right.

That can be a thing on certain mobile games, but you cannot make money on a free-to-play on PC if your game is not fun in its own right. Sure, you can use some ‘tricks’ to engage and retain your players but at the end of the day players will realize they don’t like your game and the only reason they keep playing is to not ‘lose’ all the items they have invested their time and money obtaining. Having all your currency and in-game assets on the blockchain solves that problem too since you can take the assets out of the game.

What’s your ambition for the game in the coming year?

After launch, the first important date is March, where we will be hosting our first official Skara Tournament with SKRTs as the prize. We will then keep evolving the technology to add new features for players to interact with the blockchain. It feels good leading a new revolution and we have only started to scratch the possibilities the blockchain has to offer.

On the game itself we are working on new playable characters, maps and game modes, but also on new ways for players to get immersed in the Skara Universe, creating their own characters that became heroes, Kings and Queens of Skara.

And this is just the beginning, as mentioned earlier SKRT will be used to set up a standard compensation scheme for competitive players in other games. We are here to revolutionize the esports ecosystem.

Read all about the business of blockchain and video games with BlockchainGamer.biz

Of course Atari is launching its own cryptocurrency