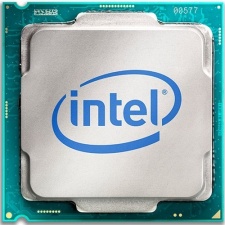 Tech companies including Intel and AMD have reportedly stopped selling semiconductors to Russia.

As reported by Tom's Hardware, this is due to the sanctions imposed on the country by the United States government following its invasion of Ukraine last week. These include an expanded version of the Foreign Direct Product Rule, which requires companies who use US-built tools have to apply for and be granted a license to partner with firms that deal with the Russian military.

Export restrictions now apply to technology that can be used for military purposes, meaning that games-focused CPUs are likely not to be affected.

"Intel complies with all applicable export regulations and sanctions in the countries in which it operates, including the new sanctions issued by OFAC [Office of Foreign Assets Control] and the regulations issued by BIS [Bureau of Industry and Security]," an Intel spokesperson told Tom's Hardware.

Russia does have its own chip industry, though this mostly relies on other companies for actual manufacturing.

AMD has had "good traction" with cloud games