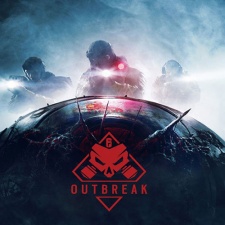 The game director of Rainbow Six: Siege Alexandre Remy has spoken out about the loot boxes that are coming to the online shooter as part of the Outbreak game event.

Speaking to MCV, the developer said that they do not affect gameplay, but instead are purely cosmetic items. Yet, the game maker says that he can understand why people aren't on board with loot boxes as a concept.

Loot boxes have been subject to criticism in the last few months, in particular, following their rather aggressive implementation in the likes of Star Wars Battlefront II, Forza Motorsport 7 and Call of Duty: WWII.

"I am feeling very empathetic towards players upset with this, but at the same time I do not feel we are cheating anyone, I don't think we are being greedy whatsoever."

The response from the community has been somewhat mixed. Ubisoft has in the past been very sensitive to what the community is feeling, so it is possible changes will be made if the reception isn't great. See also, the French publishing giant rolling back on planned price changes to Rainbow Six: Siege.

The game has been played by more than 25m players since its late 2015 release.