Ubisoft wants you all to know it loves PC 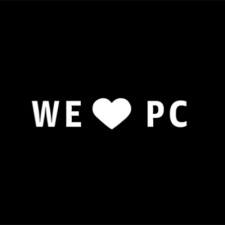 French publishing giant Ubisoft has had an 'interesting' relationship with the PC games market over the years.

With the launch of its Uplay client in 2012, the firm seemed to be trying to engage with that sector, while also trying to issue some level of control due to fears of piracy.

Indeed, when the scheme was first rolled out, the Windows version required a constant internet connection, presumably as a means of verifying that the game being played was a legitimate purchase and not a random file from darker corners of the internet.

But now the French publisher has changed its tune. In a video released via the Massive Entertainment YouTube account (below), the company is going on about how much it loves the PC games space. This features developers from the Swedish-based developer sharing their favourite memories of playing games on this platform, as well as sharing why they are big fans of this now.

Of course, many of the favourite games chosen are Ubisoft titles, such as Steep, Assassin's Creed, Rainbow Six: Siege and Ghost Recon Wildlands.

This platform, Ubisoft says, is the "superior platform" and where "true innovation" takes place, echoing the sentiments of freelance writer Ben Parfitt on this very site.

The full video is below. Of course, this is marketing material put out by Ubisoft, so should be taken with a pinch of salt. But hopefully, this will be the shape of things to come from the French publishing giant.