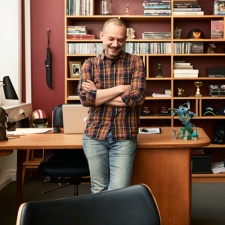 The former managing director of Ubisoft's Massive Entertainment, David Polfeldt, has confirmed his resignation from the company.

That's according to the Hit Points Substack from former Edge editor Nathan Brown – as spotted by VGC – which says that the Massive vet would be pursuing other opportunities in the future. This follows Polfeldt stepping down as managing director of Massive Entertainment back in 2021. He was set to take a six-month sabbatical, after which he returned as a strategic advisor in January of this year.

It seems that the size of Massive Entertainment was a factor in Polfeldt's decision not to return to the Malmo-based developer.

“I don’t think I’m the right manager for what the studio has become. I’m perfectly at peace with it.”

Polfeldt has worked at Massive Entertainment since 2005, where he started as VP and director of marketing. Three years later he rose to the position of managing director, a role he held until 2021.

In July 2021, Thomas Andrén was approached as Polfeldt's replacement.