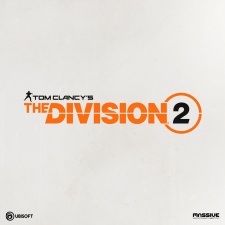 Update:Ubisoft has confirmed that The Division 2 is on the way.

In a livestream, - as reported by Polygon - creative director Julian Gerighty said: “It wasn’t an easy decision, but there are so many stories and so many experiences that we wanted to explore within the world of The Division that we felt a sequel was the best way to explore these things."

Original story: Earlier this week, we reported that Ubisoft was making more hires to its The Division development team and now we know why.

That's going on a blog post seemingly accidentally posted on German financial news site 4-Traders, in which the French publishing giant discusses that it is working on a sequel to the 2016 military MMO shooter.

Much like the original, Sweden's Massive Entertainment is leading development with the firm's Annecy, Red Storm Reflections, Bucharest and Shanghai lending their support. The project will be built on an updated version of the original's Snowdrop Engine.

No release date information is out there yet, but gamers will get our first look at this sequel at this year's E3.

"When we released our game in 2016, it was clear to us that it was just the opening chapter of a much bigger saga, so we're excited to share more with you today about what awaits you in The Division Universe next," creative director Julian Gerighty said.

"We are very pleased to announce that we are currently working on Tom Clancy's The Division 2 . The development is led by Massive Entertainment and driven by close collaboration with Ubisoft Annecy, Redstorm, Reflections, Ubisoft Bucharest and Ubisoft Shanghai.

"The Division 2 will be based on an updated version of the Snowdrop Engine that will help us realize our ambitions for this title. More importantly, we can also invest all the experience we've accumulated over the past two years in this sequel to make sure everything is going well."