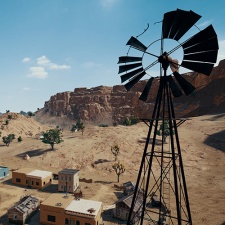 After leaks and rampant speculation from the community, we've been given our first look at the next setting for popular battle royale title Playerunknown's Battlegrounds.

Called Miramar, the developers say this is a harsher environment compared to the foresty island of Erangel that Playerunknown's Battlegrounds has been exclusively using until now.

It isn't just desert however, with a number of urban locations on the map, such as Los Leones and El Pozo, as well as a military base - yay - water treatment plants, cemetaries, junkyards and so on.

This is being added into the final round of the test server before PUBG hits 1.0 and actually releases. This is pencilled in for this month. The Xbox One version is set to launch next week on December 12th.

"We are excited beyond words that we can finally share the name of our new desert map and tell you a little bit about some of the places you can visit. When we decided to create a new map, we focused on creating an environment that is very different from Erangel," the team wrote.

"We wanted to go the opposite direction of having lush fields and forests and arrived at the harsh and unforgiving desert of what we can now reveal is Miramar. The unique terrain and dense urban areas of Miramar will create a new Battle Royale experience where the old strategies may no longer work and new tactics are required. We don't want to tell you too much as you will soon be able to experience it all yourself but we did write a few short descriptions of several of the key landmarks and towns. You can find them below, together with the new screenshots."

We caught up with creative director Brendan Greene a few weeks ago to talk about the popularity of the battle royale genre.