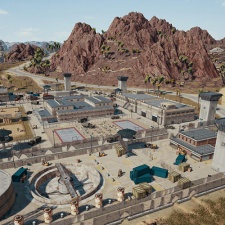 Users quickly noticed changes had been made to the female character model - she now had a camel toe.

This, if you are not aware, is the impression made on underwear by female genitalia. There's a comparison, below.

The reaction was swift, with players questioning why this had occurred on Twitter. Brendan Greene has replied saying that said character model had been made by an outsourcer almost two years prior and that the changes had not been noticed. The model is planned to be updated.

After looking into this, it appears it came as part of the character model we received from an outsourcer when we first started the project. The file itself has not been changed in 2 years. It will be updated shortly with changes! Sorry for any offense caused!

In slightly more positive news, the title's test server is now going to be live until the game's 1.0 launch on December 20th, too, with users able to test out the brand new Miramar map which was rolled out on Friday.

Players, the test servers will stay open until PC 1.0 comes out on live servers! The transition to Phase 2 will be relatively seamless and there won't be any downtime today. There will be maintenance periods to deploy patches as needed. We highly appreciate all your help.