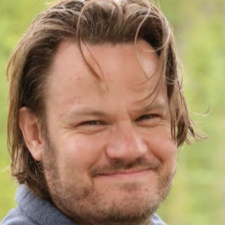 It would seem that reports of the death of the single player game are greatly exaggerated.

That’s according to ex-Visceral developer Zach Wilson, who disagrees with articles saying as much in the wake of that studio’s closure.

This news follows EA closing that studio last week, saying that the single player Star Wars action adventure title that the developer had been working on was moving in a new direction based on market trends. Many - including PCGI - presumed this meant the project was becoming a games-as-a-service.

If the name Zach Wilson rings a bell, it might be because he was in the news recently for making comments about the budget and sales expectations for Dead Space 2.

“The assertion that single-player linear games are going to disappear is totally absurd," he told GamesIndustry.biz.

"EA might not be the company that carries that torch, but there are so many groups out there that are passionate about this kind of game that they won't go away. Personally I'd like to see fewer games with higher quality across the board, which is probably what will happen.

"There's also the case that 'single-player linear' is a term without a concrete definition. Everyone agrees that The Last of Us is SPL, but what about Bioshock? What about Dishonored? Where does the line blur between SPL and 'immersive sim' and 'open world'? It's a gradient of possibilities, not just one type of thing.

"We're also going to continue to see developments in production pipelines that will dramatically reduce the cost of asset generation, which will benefit everyone. There's no one single narrative that can be derived from this event other than games are incredibly difficult to make, and the fact that any game or movie gets made at all is a cause for celebration."

Furthermore, Wilson went on to say he supports the direction that EA is taking its games. As a shareholder, he says that he expects companies to follow market trends.

"Current market trends suggest that this is the case," he says. "I expect publicly-traded publishers to follow market trends to maximise their profits. As a current shareholder in EA, I support this.

"As a game designer in the triple-A space I do my best to balance the need to make money with my respect and dedication to the craft, always with the player in mind. As a gamer, I don't buy or play games that abuse these systems."

While PCGamesInsider.biz did not presume that single player games were dead, we do think that the triple-A games market is slowly destroying itself with bigger budgets and thus bigger sales expectations.