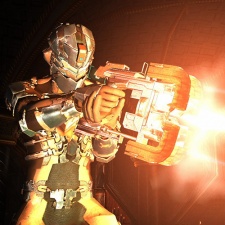 One of the team from Visceral Games has revealed how much Dead Space 2 might have cost to make and how many copies it sold.

Designer Zach Wilson claims that the sci-fi horror game cost EA in the region $47m, with the project going on to sell just four million copies. He goes on to say that the game ‘underperformed’. It’s worth noting that EA reported sales of around two million two years after its release.

We've seen this sort of behaviour from triple-A publishers before; 2013's Tomb Raider reboot sold 3.4m, below Square Enix's expectations. If a game is selling to this level and the companies behind them aren't happy, then frankly the business model needs to be re-examined.

Wilson's figures shouldn’t be taken as gospel; he himself says that these are “back of the napkin” figures. The designer also said that the marketing budget was likely roughly the same as the development budget.

2/Usually game teams aren't privy to the actual development budget. Most people on the team think the number for DS2 is closer to 47 mil.

Wilson then went on to address publisher-owned storefronts, saying that the likes of EA and Ubisoft run Origin and Uplay respectively because they then get a higher cut of the profits. Those companies will get 90 per cent of what is spent by consumers.

EA announced earlier this week that Dead Space and Battlefield Hardline developer Visceral was to be closed, with the action-adventure Star Wars game the team had been working on being handled by EA Vancouver moving forwards.

The closure - and the new 'games as a service' direction EA was taking that project - has sparked a conversation about the sustainability of the single player games market.