Kingdoms and Castles sees 100% return on investment for Fig backers 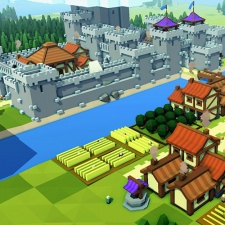 The first game published by crowdfunding platform Fig, Kingdoms and Castles, has generated $1m in sales in two weeks.

Within 48 hours of launch, sales had covered the title’s initial investment, going on earn a 100 per cent return for investors – consumers who had purchased Fig Game Shares – meaning they had effectively doubled their money.

Fig works slightly differently to other crowdfunding initiatives. Unlike something like Kickstarter where consumers pay for a game to be made and then wait for it to be made; Fig backers purchase shares in the companies they are supporting.

Fig launched at the end of 2015, and thus far has helped fund the likes of Wastelands 3, Pillars of Eternity II and Psychonauts 2.

“Fig takes the best instincts of the community and combines them with a publishing model that gives control back to the developers and the fans that believe in their projects - today we proved that community publishing is a successful way to launch a video game,” Fig CEO and founder Justin Bailey said.

“By sharing the commercial success of a specific project with supporters, community publishing shifts the focus from that of just successfully funding games to instead focus on the successful development and commercial viability of the titles.”