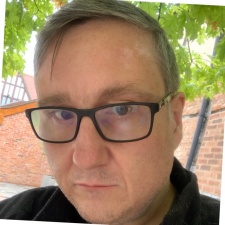 As reported by VGC, no reason was given for the developer's departure, but the outlet has been told by sources that he has been absent for some time.

Woodroffe joined Rare in 2012 as the studio's creative director having previously worked at the likes of Sega, Midway and Headfirst Productions. It seems that he was moved to head up Everwild specifically.

“We thank Simon for all his hard work on Everwild and wish him the very best of luck for the future," Rare's studio head Craig Duncan said in a statement.

“The Everwild team are in good hands and passionate about building a game that will give players unforgettable experiences in a natural and magical world.”

Everwild was revealed during Microsoft's Xbox Games Showcase in July. Little is known about this new IP at the moment.

This is the second news story this week concerning top-level developers at Microsoft studios leaving their projects. Chris Lee, Halo Infinite's director, has stepped down from that project, but he is still at the Big M.