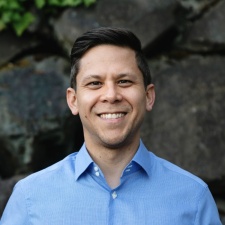 It would seem that not is all well with the upcoming Halo Infinite as project director Chris Lee (pictured) has departed the game.

That's according to Bloomberg, which reports that Lee is no longer working on the upcoming sci-fi shooter. He is, however, still at Microsoft.

“I have stepped back from Infinite and I am looking at future opportunities,” Lee said. “I believe in the team and am confident they will deliver a great game and now is a good time for me to step away.”

Microsoft added: “Chris Lee remains a Microsoft employee and while he has stepped back from Halo: Infinite right now, we appreciate all he has done for the project to date."

Lee departing Halo Infinite follows a showcase in July of this year, after which the game faced criticism for how it looked. In August, Bungie vet Joseph Staten was brought on board as project lead for the title's campaign, while developer 343 Industries' Pierre Hintze has been brought on to the free-to-play experience for Halo Infinite.

In the past, Lee has said that this is intended to be a "ten-year game," likely a reference to the scope of original Halo developer Bungie's ambitions for its sci-fi RPG Destiny.

Halo Infinite was initially slated for a November release but has been bumped until next year. It currently hasn't got a launch date.