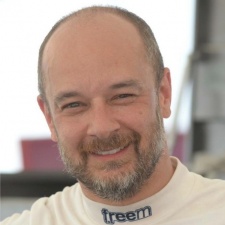 Chinese tech and entertainment giant Tencent is opening a brand new development studio on the West Coast of America.

As reported by GamesIndustry.biz, this new venture is called LightSpeed LA – falling under Tencent's Lightspeed & Quantum arm – and is based in Orange County. It's currently working on a new triple-A title for both PlayStation 5 and Xbox Series X, though let's face it, it'll likely be on PC, too.

LightSpeed LA is being headed up by Rockstar vet Steve Martin (pictured). He joined Tencent in December 2019 following a 14-year stint at the Grand Theft Auto maker, starting as a producer back in 2005 before rising to studio manager in 2010. Before that he worked at EA, Midway, Eidos and Virgin Interactive.

"From day one, our teams will be focused on building the highest caliber games while promoting integrity, proactivity, collaboration, and creativity."