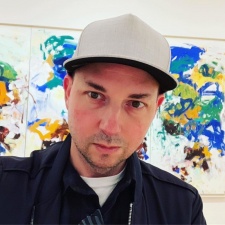 That's according to former Ubisoft San Francisco game director Scott Warner, who shared via Twitter (below) that he was departing the French publishing giant to take on the studio director role at a brand new Tencent triple-A studio in North America.

Warner's career started in 1998 at Black Isle Studios where he worked on Icewind Dale and Planetscape: Torment. He moved to Mercenaries studio Pandemic three years later before joining 343 Industries in 2009 as design director on Halo 4. From there he joined EA's Visceral, working as game director on Battlefield Hardline as well as some of the company's Star Wars games which never saw the light of day. That was followed by a brief tenure as design lead at Oculus VR before he joined Ubisoft's San Francisco studio.

I am moving on to a new role. I’ll be the studio director of a new AAA operation in North America for Tencent. We will be hiring for all disciplines at all levels so reach out to me for details.