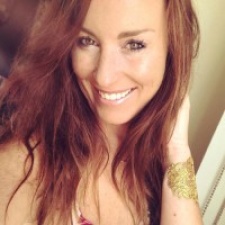 In her new role, Chalk will be responsible for both expanding upon existing partnerships and creating new ones.

Before joining Complexity, she served as senior director of global partnerships for live show production firm Feld Entertainment. Overall, Chalk takes 15 years of sales and marketing experience with her to the esports organisation.

Chalk also worked for Legoland's Florida resort as partnerships and promotions manager. On top of this, she held various roles that involved generating revenue for International Speedway Corporation.

"During this trying time, the esports industry can bring a glimmer of hope to brands," said Chalk.

"I'm looking forward to working with the entire Complexity Gaming team to develop holistic partnerships that will foster growth and innovation beyond our own organisation and benefit the esports industry overall."

Complexity has several esports teams across a variety of games including Fortnite, Counter-Strike, Apex Legends, FIFA and Madden.

In March 2019, retail firm Gamestop announced plans to build a new esports facility in Frisco, Texas in partnership with Complexity.