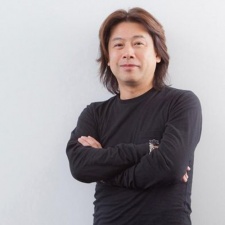 The former CEO of PlatinumGames Tatsuya Minami (pictured) is now the chief exec for M-Two Inc.

That's according to VGC, which reports that the Capcom-backed developer, which is behind the soon-to-be-launched Resident Evil 3 remake, per that game's credits.

This follows previous reporting from VGC that Minami was heading up the new studio in December 2019.

Minami worked at Capcom back in the day, developing for some of the Japanese publisher's most iconic IP such as Street Fighter, Devil May Cry and, yes, Resident Evil. In 2006 he departed and established developer Odd Ltd which merged with Seeds Inc the following year.

In March 2016, Minami left his position as PlatinumGames' president and CEO before being replaced by Kenichi Sato.

The review embargo for the title is up with a broadly positive reception. It follows 2019's Resident Evil 2 remake, which has now shifted more copies than the 1998 original. The title was the franchise's biggest launch on Steam to date when it rolled out in January 2019.

In March of that year, we caught up with Capcom's UK marketing boss Antoine Molant to discuss how the Japanese publisher got its mojo back on PC with Resident Evil 2, Monster Hunter World and Devil May Cry 5.